There are very rare minds in this world who always face anything with courage and think to succeed in life.

I also love to interact with these kinds of people. Because I want to be like that too and want to learn a lot of new things from such good minded people. I will always willing to receive such good things from anyone regardless of age. That’s how I met a brave hearted brother who is dear to my heart.

His name is Aathil Afroz. He is an eighth grade boy. Even more proudly to express that he is my student and above all he is like my younger brother whom I consider to be as a sibling. I went to a reputable school as a teacher trainee on August 1, 2022. They allotted me the eighth class c section for handling English subject.

Aathil is the monitor in that class. A few days after I got there, the first term exam came. Even in that exam, Aathil scored first mark. After the examination, I know him well. His character, behaviour, the way he talk with everyone, his aim, goal, and everything seemed to me as a wondrous stuff.

One fine day, I wrote a quote about him and sent it to him. The lines,

Frankness of speech and without hiding anything to others is a great thing in the world.

In fact, these words that relates him exactly. I have started to observed him. Through his talk and the way he behave with me is in a genuine and in a straight forward manner. And i also started to like his frankness of speech, his behaviour, and all about him. Sooner, we became a great friends.

One fine night, Aathil’s mom who phoned me and talked about him. Through the fine conversation, i have learned a lot about him than earlier.

I only knew him for a few days, but I have learned a lot from him. Apart from that, I got to know him better. He is very good in all the stuffs. Not only in studies, but also good in his character, his knowledge, devotion to God and the way he interacts with everyone.

Although he is young in age, he takes good care of everyone. His maturity level is great. I like younger brother very much. But, I don’t have a younger brother. Aathil had no siblings. So, I am Aathil’s sister. He also thinks so.

Indeed our meeting will be a reason for some good things and also God’s will. Honestly, He is a great gift from God to me. And I will be a good sister to him forever✨✨👩‍👦✨✨ 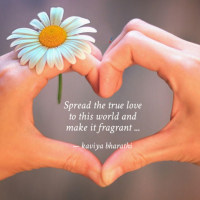