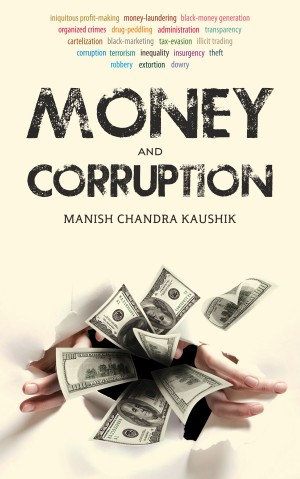 It is all because we are staying away from basic economic principals. The basic principles of economy conclude that the flow of money should take place against some value in turn. The value can be defined as goods and services. We do not have a perfect system to enable and enforce this principle perfectly. There cannot be anything wrong as long as the flow of money is taking place against flow of goods & services at compatible prices. Does this seem to be a miraculous conclusion? Yes, it is. Only this conclusion is the precursor to development of an information system which has got the potential to transform any nation into a perfect state. This book would elaborate on how an information system can make the human-being take a quantum leap and touch horizons of development. The flow of money or transactions is taking place disproportionately in absence of precise calibrated and transparent mechanism or watchdog. This book contains the data-flow for the said Information System, its utility & application, mechanism, impact of various programming and formulas on economy and mal-practices, recommendations for the best performance of economy etc. Some may argue that this cannot be binding on them they can give their money to any one without taking anything in turn. But it would disrupt the economy as this creates a loophole in the system and makes it vulnerable to manipulation. Anything that extends such a big loss to a nation or economy cannot be justifies to be legal. We are expending on space expeditions and other technological development which offers service to fewer people and creates a platform for space exploration. We are demonstrating out capabilities to see the  predictable opportunities which are out of earth whereas, we have failed to solved the issues lying on our own planet. How sad is it? Our leaders must not be selfish and look for the welfare of all human-being instead of widening the rift between rich and poor classes.