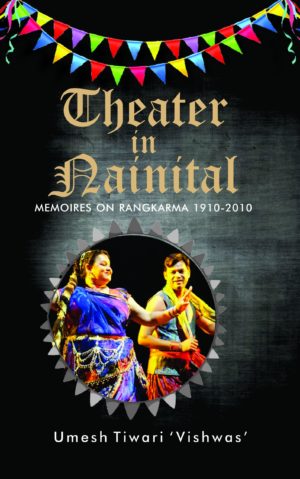 Theatre in Nainital memoires on Rangkarma 1910-2010

… It encompasses initial theatre journey of big stars like Amitabh Bachchan, Naseeruddin Shah, Kabir Bedi, Dalip Tahil and Markus Murch. Murch later had a long association with the famous Delhi based theatre group ‘Yatrik’. The book presents a chronological account of evolution of theatre in and around Nainital. For me, the reading was a delightful journey down the memory lane with old friends and thus the nostalgia came alive once again.

…Winning the Kendal Cup was the highlight of my time at school (Sherwood College Nainital). It encouraged me to pursue Theatre at Saint Stephens College in Delhi, which led to my acting with Alyque Padamsee in Bombay, which in turn led me into Bollywood, Hollywood, and Europe. So, my acting at the school had long-term results.

About the Author
Umesh Tiwari ‘Vishwas’ is a Nainital based freelance writer and accredited journalist. He is a theater personality and has also written and produced short films on culture including a documentary “God’s own Art, Aipan paintings of Himalayas”. His writings can be read in his blog. www.panikibhaap.blogspot.com

2 reviews for Theatre in Nainital memoires on Rangkarma 1910-2010