A Slice of Calicut Halwa - ZorbaBooks 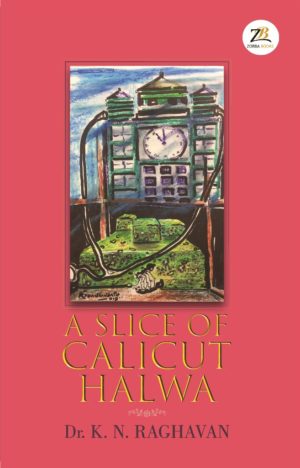 A Slice of Calicut Halwa

The year is 1985. A brilliant young girl, full of promise, has just begun classes at her local college. Rema is excited about this new phase in her life, when all hell breaks loose. She begins to be harassed by a young man from the law college, during the bus journeys from home to college and back. Her confidence is shattered, her sense of self destroyed. Although things take a turn for the better when she makes a new friend in college, her troubles are far from over. Eventually, she gets married to a young lawyer but her marriage is a trap from which there is no escape. To make matters worse, one day the man who abused her when she was in college re-enters her life. He leaves no chance to subject her to further abuse and violence. Rema is at a loss about how to deal with this impossible situation. What will Rema do? How will she turn the situation around? How will she face the demon who has taken it upon himself to take away everything she holds dear?

This is the moving and uplifting story of a woman who refuses to let the hostile conditions of her life bring her down. She fights through everything to emerge stronger and better. Unfortunately, she has to take extreme measures to fight her abuser. This is an important commentary on women’s place in contemporary Indian society and the conditions of their existence.

Rema’s story brings with it a slice of life in Calicut, a city located in north Kerala.

Dr. K. N. Raghavan completed his MBBS from Calicut Medical College in 1988. It was while he was still a graduate student that he joined the Indian Revenue Service (Customs and CentralExcise) in 1990. Dr. K. N. Raghavan has held key posts in field formations of the Central Board of Indirect Taxes and Customs (CBIC) and, Directorate of Revenue Intelligence. He has also served on deputation to the Government of Kerala, besides serving a tenure in the High Commission of India, at Singapore. He was the Commissioner of Customs at Kochi from 20112- till 2017. He has also been the Principal Commissioner of Central GST in Mumbai from 2017- to 2019. Presently, he is working as Executive Director of the Rubber Board of India at Kottayam.

Dr Raghavan was accredited as an umpire with the Board of Control for Cricket in India (BCCI) in 1991. He has umpired two One Day International matches (one on field and one as third umpire), and was a reserve umpire in three matches. He has umpired numerous Duleep, Deodhar and Ranji Trophy matches, besides matches in other BCCI tournaments. He also holds a record for being the first umpire in the world to uphold the appeal for ‘“Timed Out’” in first class cricket, in the world. (this was replaced after South Africa was readmitted into international cricket).

His book, “Dividing Lines: Contours of India- China Conflict,” won critical acclaim as one of the best researched book on the topic of the Sino-Indian war of 1962. He is also the author of “World Cup Chronicle” and Vanishing Shangri La: History of Tibet and Dalai Lamas in the Twentieth Century.” He is a long distance runner and, he regularly takes parts in marathon.
Dr. Raghavan is married to Dr. Ranjini, a consultant ENT surgeon, who specialises in surgery for Obstructive Sleep Apnoea.

7 reviews for A Slice of Calicut Halwa