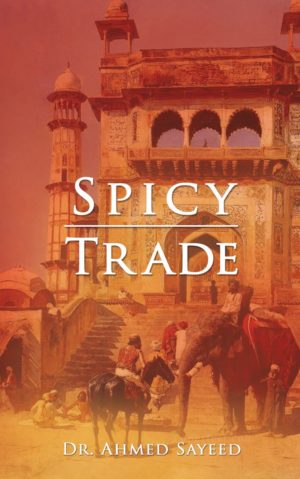 India’s History was mostly written on the basis of Archeological and linguistic research by the British in colonial times or by historians employed by the English such as Max Muller. The British had a vested interest in not
presenting the Indian civilization as ancient or as great as it was thought to be. Till the 18 th Century, philosophers and thinkers in Europe such as Voltaire, Hegel and even as late as Nietzsche referred to Indian Philosophy and Science, as the Mother of all Philosophes and Sciences.
The British established a two-pronged strategy: First to postdate most of Indian History. Second to show that whatever was good in India like Sanskrit, philosophy,architecture, and literature, came from the west via the Aryan invasions.
To establish this myth, some “discoveries” were made such as finding skeletons by Mortimer Wheeler in Mohenjo-
Daro which prompted him to hastily conclude that the Aryans had “massacred Dravidians while invading India. This fact shapes Indian History till today, and this has been taught to the Indian children.
Luckily of late new archaeological and linguistic discoveries have shattered many myths. The mapping of Saraswathi Riverbed by Landsat of NASA and photograph show that there was an Indian Civilization before the Indus Valley Civilization.
The attempt at rewriting history is meeting with a lot of resistance on the part of those who have a vested interest in keeping Indian History under status quo as well as those who for decades have taught and written books
and articles which blindly copied the British version. Contrary to that, this is one small treatise to correct the wrong and to justify the pride we feel for India and its great and ancient civilization.

About the Author
I am a simple man, retired as Office in the Office of the Accountant General Hyderabad, I did my Ph.D. and L.L.B after retirement at the age of 70. I do not believe Creation was caused by any God or super Spirit since no animal including Human being do have a spirit called “Soul” It is the activity of our Brain that every animal including humans possessed. That is the thing that Humans “Social Animal” or “Intelligent Animal” I believe the theory of Evolution of Natural selection which was first formulated by Charles Darwin in his Book” On theOrigin of Species in 1859, and is the process by which organs change overtime and as a result of change inheritable Physical or behavioral traits takes shape. I also believe that there is no necessity of any God to take up the creation and thereby expect Man and woman for prostrating him for life time. If any god who have a desire to submit and give Credit to him is a whisper and that is none other a humanly emotion, is not a God but human itself. And this connotes that the Religion and God are the creations human for tackling his fear and ambition.
He is also the author of: Father Turned Monster and We Think Therefore We Are.

Be the first to review “Spicy Trade”