The Inside Story of Indian Politics - ZorbaBooks
Sale! 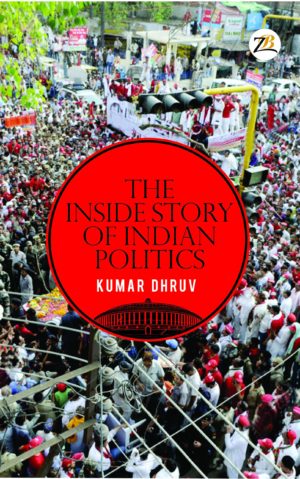 The Inside Story of Indian Politics

A Book on Indian Politics

This book on Indian politics describes the political scenario and the actual character of our political leaders, bureaucrats and along with the actions of we people. I have described the Indian politics in our country, for the last seventy one years since independence. I found that the characters and habits of our leaders have changed a lot. Previously people who came to politics, they really loved their country and worked for the country without selfishness. They fought for their country and whatever they have done, it was from the bottom of their heart. These leaders did not take anything from their country but tried to contribute to their country and were proud of their country. Presently Indian Politics has become a business. Current generation political leaders join politics just to get the maximum advantage for them and their family. The word “Democracy” is only in dictionary for present Indian politics and politicians. In India, politics is like a profession.

At present, people come to politics not for the development of the country but to earn money and built their properties during the tenure of five years. Poorer are becoming more poor and rich people are becoming more rich in this country. Two basic things which are responsible for this situation. First thing is lack of education and second is population of our country. Leaders are also taking advantage of it and they purposely want that there should be more uneducated and illiterate people and this country should be over populated so that general people will be indulged in other topics like Hindu-Muslim,General and SC/ST or Temple and Mosque. Lastly I should say that on every 15 th August we do flag hoisting, listen and sing patriotic songs and enjoy our independence but the inside story is that we got independence from “Whites” but again now we are dependence on “Blacks”, our own people who are sitting in Parliament and different Vidhansabhas. I have written this book in very simple English so that maximum people will be able to know the inside story of Indian Politics. Read The Inside Story on Indian Politics, book. This Indian politics book is also available in Hindi, click here

Dhruba Mukherjee writes with his pen-name ‘Kumar Dhruv’. He was born in a Bengali family in Kolkata on 31 st March 1958. He has a penchant for writing since his childhood. Due to his father’s transfer (he works with the IOFS), Mukherjee spent a major part of his early education and childhood in Jabalpur, Madhya Pradesh.
He grew up to become the Editor of the prestigious magazine of his college, St Aloysius, in Jabalpur in 1978. After his graduation, he acquired a Diploma in Journalism in 1980 from Jabalpur University under the great Late Kalika Prasad Dixit and completed his Post-graduate Management degree from Bhartiya Vidya Bhawan, Mumbai. He has also done a course in SMEP from IIM Ahmadabad.

Apart from his varied education, he is also a very good mouth-organ player and a magician and has done many shows including one that was featured on Doordarshan. He is an ex- employee of the State Bank of India, a National Hockey player as well as an International Veterans Table Tennis player who got an award in Germany.

In 2016, his first book was published titled ‘Dil Ki Awaaz’. It is a collection of romantic,
political and humorous poems.

Translation of this book related to indian politics in Hindi
You can contact the author and give your valuable suggestions about this book on natpubindia@rediffmail.com.

Be the first to review “The Inside Story of Indian Politics”