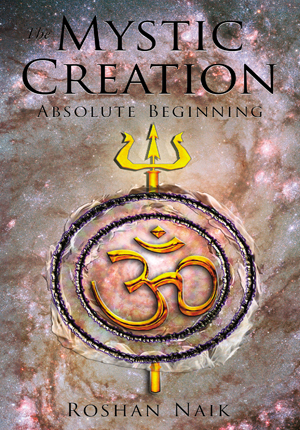 Synopsis:
A super bang in the vast emptiness of space has created three Supernatural (SN) forms namely Brahma, Vishnu and Shiva. These SN Forms further create a universe known as Alpha by moving trans-matter and colliding them with Big Bang particles. Two life forms, Riz and Riziis are placed in a planet Eureka which unites to produce five sons named Aakash, Jal, Vayu, Agni and Pritvi together known as Panch Tatwas. Many unplanned incidents with unintended growth of mortals compel Shiva to destroy the entire universe Alpha. Brahma creates another Universe named Delta and Vishnu moves Riz, Riziis and the Panch Tatwas into the new universe. In universe Delta, Riz is again gifted with two sons named Indra and Titan.
Agni’s quest for power leads to a mad race of acquisitions of Galaxies among the Panch Tatwas. The five brothers unknowingly become rivals and are all set to face each other in a battle mainly over a mystifying galaxy ‘White’. Indra and Titan try to stop the forthcoming battle. But a time comes when Indra is forced to enter the fight to bring peace. Meanwhile Titan enters the White Galaxy and finds the tabooed mortals and a mesmerizingly beautiful lady Maya in the planet of Mars. Though surrounded by many mysteries Titan instantly falls in love with Maya and her mortals.
Seeing the mortals as a threat to the existence of the universe the Panch Tatwas and Indra rush to annihilate the tabooed creatures, but deeply in love with Maya and her mortals, Titans stands up against his brothers to save the mystic planet Mars.
Will Titan be able to save Maya and Mars? Will Panch Tatwas and Indra raise weapons against their younger brother Titan? What is the future of Mortals and Immortals? Who is Maya?
To know more read Absolute Beginning.

About The Author:
Roshan has done his Masters in Business Administration and B.Tech in Computer Science. He is presently working for a consulting firm. The nature of his job is such that he is required to move to different corners of India. This movement brought him to Dehradun, where in he believes lies some force of nature that brings out ones true self and the passions of a person. This is the natural force has turned him into an Author too. Apart from this series, he has already published an online book on poetry named “Rhythms of Life” on Kindle. His hobby apart from writing includes study of occult science and Photography.

Be the first to review “The Mystic Creation – Absolute Beginning”