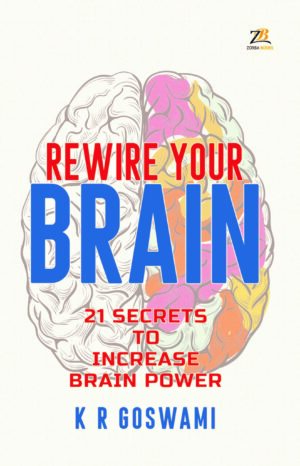 To understand the decision making machinery, neuroscientists and psychologists study the behavioural patterns. The decision-making tool that humans have is the brain. It is the crown jewel of the human body.

Lying in its bony shell and washed by protective fluid, the brain is the source of all the qualities that define our humanity. It has taken almost 11 billion years of evolution to create this masterpiece. The frightened final structure so far after evolution represents the miniature of the universe. The internal structure is just like a massive piano. One can play music of life if it is used with wisdom and some guidance, as given in this book.

A single book is not sufficient to understand the brain’s mystery. However, I have tried to share essential topics in this book. If the secrets mentioned in the book are applied positively, they can lead you to becoming a legendary human being.

The author worked as an aircraft engineer in the armed forces for 15 years. After that, he shifted gears with a permanent assignment with a public sector bank in a management capacity for 24 years. During his various assignments, he extensively used his masters in psychology in human resources and material and money maintenance in different parts of India. In banking service, he managed to scale up branches to well run standards and therefore, he was awarded the best Branch Manager of State Bank Of India.

Be the first to review “Rewire Your Brain”