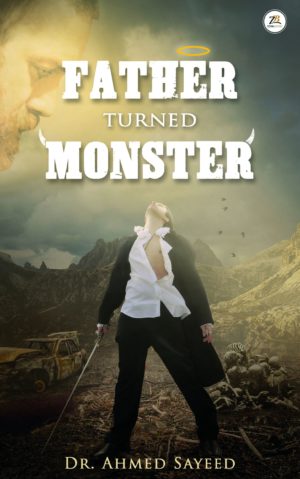 Human being is an evolutionary product of nature. No matter how he/she lives—whether as a law-abiding being or as an outlaw with respect to the laws promulgated to him—laws and legislations are in themselves all byproducts of human survival in a social pattern of life.
Everything is attributed to the blessings of a God who is not at all visible to anybody. It is only based on the faith of the faithful one. Hence, he cannot escape the dictation of law. If society fails to do justice, Nature which created him will not spare him and accord him the justice he deserves through his moral or ethical consciousness and actions.

Ahmed Sayeed is a retired Officer of the Accountant General’s Office, Hyderabad.  He did his Ph.D. and LL.B. after his retirement at the age of 70.

He has ever been skeptical of the narrow street of belief systems in this age of electronics and has always had the inclination to warn his fellow human beings of the dangers of the same. More than the presence of a Super Being, he has held a strong belief in the power of Nature—the mother goddess. He believes that life is an accident and an act of evolution in this vast universe. He hopes that his fellow human beings would quit fighting like monsters amongst themselves in order to uphold their singular beliefs and instead move towards inclusiveness and harmony.

Be the first to review “Father Turned Monster”