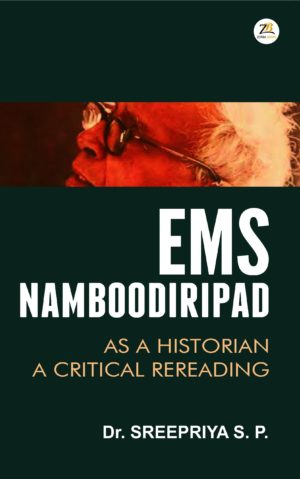 EMS Namboodiripad – as a Historian, a critical Re-reading

The formation of Communist Party in Kerala was the mutual corollary to objective socio-political realities that permeated Kerala during that historical juncture. The Communist Party and its ideology were a counter narrative to the tradition of oppression, exploitation and segregation that had assumed hegemonic proportions. EMS Namboodiripad was the appropriate symbol of the age, emerging from feudal antecedence and gradually evolving into an anti imperialist nationalist and culminating into a Communist. He was in step with history, a product of his age and a sensitive and rational critic who transcended his times, influenced by Marxism- Leninism he practiced it as a praxis and ideology with rare originality and creativity.  was the ideal representative of history to script it through historical materialism. His ideological conceptualization and historical narrative were no doubt counter- hegemonic and didactic attempt to educate, enlighten and mould a new generation and class. However traditional
scholarship contested his intellectual caliber and was reluctant to acknowledge him as a historian.

EMS Namboodiripad was greatly influenced by the intervention of colonial modernity in his native land. He was greatly involved in the reform movements within the Namboodiri community before his encounter with Socialism and Marxism. The social activities facilitated his entry into the political arena as a nationalist. Perhaps, there was no other person who had been profoundly involved in all important stages of the freedom struggle, at the national and regional level, in myriad capacities. The involvement and . M. S. Namboodiripad prolific readings was instrumental in his becoming a Communist. He examines contemporary problems in the light of his dispassionate experiences. The analytical and critical study of the different aspects of the Kerala and Indian history on the basis of Marxism made him the patriarch of the Marxist historiography of Kerala. Some scholars, perhaps for reasons of their own basis and prejudices, critique his Brahmin identity in their writings largely due to his authoritative renditions on the socio economic system of medieval Kerala. The colonial intervention, the freedom struggle, the role of the bourgeoisie, the place of the working class and the Communist Party, et al, are subjected to scientific scrutiny in his writings. He also analyses the ideologies of Mahatma Gandhi and Jawaharlal Nehru and their causative compulsions, in Marxist- Leninist perspective.

Dr. Sreepriya S P was born on 15/05 1986 as the daughter of Sreedharan Asari and Prabhavathy at Venjaramood, TVM, Kerala. She completed her school education from G UPS Parakkal and GVHSS Pirappancode. She completed her Degree and M.A. in History from Sree Narayana College, Chempazhanthy,Thiruvananthapuram. Her MPhil in History from the Department of History, University of Kerala, completed PhD from the University of Kerala under the guidance of Dr. Lekha K Nayar on the topic The Space of EMS Namboodiripad as a Historian. She has also written
some articles for journals and presented many papers in national and international seminars.

Be the first to review “EMS Namboodiripad – as a Historian, a critical Re-reading”