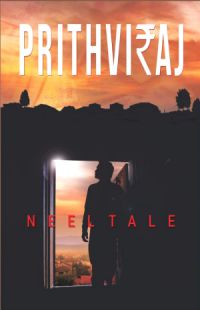 Prithviraj Singh, a wealthy gambler and money lender who only ran after money and after power. Since childhood he had seen money in his hands though his affection for money just never decreased. For the power he was cruel with the villagers. Becoming so powerful had made him adopt unwanted habits and cruel behavior. Though he had good relationship with people he was close to. But he had very low respect with the people of his village. Though he had full control over them and also on his life. But this nirvana wasn’t long lived. Eventually it came to an end when he discovered himself losing in a gambling game against Rajveenandan. He had experienced losses earlier before but losing against Rajeevnandan had showed him the struggle of a weak person and that put him in a critical condition in his life. It came to an end and cursed him with taking revenge for all his past sins.

Into the hustle of Prithviraj’s life, his family became victim and suffered a lot. They weren’t able to live the way they once had. The same greed had led him to a nourished life and same had given him the taste of a tasteless life. His greed for money became the ultimate way of repaying of all his earlier sins. The karma we calls it and here Prithviraj had experienced it. A greed had lead him to a disaster of his life. And later Karma showed him his sins.

At first Neel wanted to be a Journalist but he choose a career in a finance and marketing because it was the pragmatic things to do in those days . He has worked for nine years in the service industry in companies like ICICI BANK , HDFC, KUONI. There after he became interested in media and join an Advertising agency . Work as an assistant script writer and creative work for P.D. Films. Creative supervision and story writer for short films , documentaries and theatre. He has written short film for competition and won the best story award at Wistlingwood International. He won an award for best dialogues for short film competition at Wistlingwood international.

He is a very proactive person and has a great sense of responsibility he is receptive to ideas and suggestions and likes to analyse situations that arises in his professional life and provide immediate solution . His interests are as multifarious and diverse as his several academic degree and diplomas.

Be the first to review “PrithviRaj”