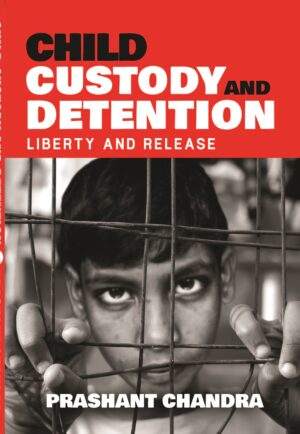 How does the Indian legal system work to serve you – and what does it ask of you as a citizen? What are the major laws, codes, and procedures you should arm yourself with to harness the good of the system and fight its ills and travails? Eminent lawyer Prashant Chandra takes the reader through a riveting, detailed, and comprehensive journey through some of India’s laws that are of central relevance to daily life. The primary focus of his book is the importance of liberty. It looks with academic thoroughness on Indian laws relating to liberty.
One manifestation of this is the liberty people sometimes seek from each other: in the case of a married couple, for instance, securing liberty can mean securing custody by a parent of his or her child, which often happens because of differences between spouses and their inability to continue life together as a family.
This Indian law books also deals with the importance and manner of securing bail, a necessary facet of  liberty. In cases of detention, the remedies which need to be legally pursued are elaborately  dealt with herein.
The history of the development of laws relating to liberty constitute another subject on which the book dwells, always by using a scholarly apparatus, so that where necessary references are provided in footnotes.

Prashant Chandra was enrolled to practice law in 1979. He has since been practicing in all jurisdictions in various High Courts as well as the Supreme Court of India and is a Door Tennant in Halcyon Chambers, Birmingham, United Kingdom. He was designated Senior Advocate by the Full Court of Uttar Pradesh High Court and has a right of audience before courts by virtue of designation as a Senior Advocate. He has experience of more than four decades in legal practice and has been rendering legal advice and practicing in all branches of law on a regular basis. He has handled cases on land laws, industrial disputes, service matters, arbitration, trademark, copyright, taxation, company matters, constitutional matters, testamentary and matrimonial jurisdictions and has expertise in preventive detention matters.

Be the first to review “Child Custody and Detention”