THE DAY THAT WAS NOT TO BE - ZorbaBooks 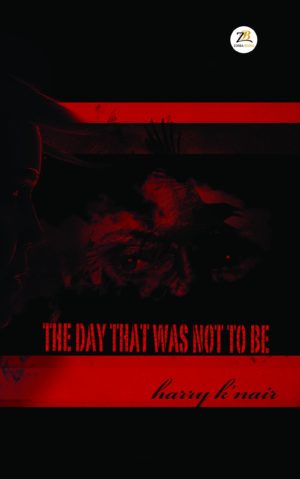 THE DAY THAT WAS NOT TO BE

“The Day That Was Not to Be,”this story would make you experience spine-chilling moods in your bones. A concrete, structured story contributes to this. It is the story of Shrikar Prasad and Anjana Kulekshetra. As you would get to know them, they would impress you as the perfect, made-for-each-other love birds. Boss and subordinate of a Virtual Reality Simulation and Research Centre, predictably, they get married.
Poor Anjana… Like an innocent deer she is frolicking into the dragnet of a devilish criminal conspiracy. Shrikar, with the help of his counterpart Deepa, makes Anjana a mental wreck. This is an instance which brings to light the potentials of IT to expand and enrich the scope of visual arts – mainly cinema.
With the help of Vipul, who is a psychiatrist they can make her invalid for the rest of her life. The trio has a proven modus operandi for this.
Will they be successful in thier wicked intentions or will Anjana smell the conspiracy in the nick of time and take her revenge?

Harry K’Nair was born in mid eighties at a typical and lively village in Kerala, Marancheri. However he was brought up in the major cities of India like Bangalore and Ahmedabad. During the formative years of Harry, his father, Gopi Karuvath, had been working in managerial positions at the Publications and Public Relations Departments of India’s National Institute of Design. This provided Harry with umpteen opportunities to expose himself to the world of cinema and other visual arts from a very tender age. In time, he studied Information Technology. Subsequently he underwent a specialized course in Animation Filmmaking at Toonz Animation Academy, Kerala. You can connect with him at: Twitter : Harikumar@nayarharik

1 review for THE DAY THAT WAS NOT TO BE