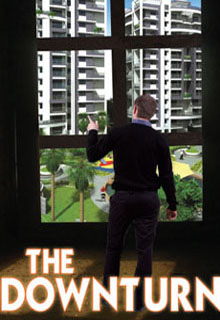 Promit Bora was a name to reckon with in the real estate sector, a beat that he had become synonymous with for close to eight years. To an outsider his life as a successful journalist was one of envy – enjoying countless bylines, attention from the business community and a job with the largest business newspaper. But despite all the glitz, the glamour and the recognition, his salary sucked. He longed to relish the extravaganza that increased moolah would bring.
When an attractive offer from BDB Infrastructure came his way he couldn’t resist the lure of the lucre and agreed to head its Corporate Communications Department. He thought that as a journalist he had seen it all but little did he know what was in store for him. As fate would have it, as soon as Promit joined BDB, the economy nosedived and BDB went into a spin. What followed was a series of incredible twists and turns which often caught the owners of BDB with their pants down and which sucked Promit into the vortex of it all. Follow Promit into a journey of sex, sleaze and money.

Varun forayed into book writing in six years ago with his first book ‘Living in India: Lives in Style’, a peek into 50 odd celebrity and aesthetically designed homes from across the country. Launched in 2007, the book is a sell-out today. It is this love for design and interiors that prompted Varun to work on his second coffee table book, ‘Luxury Resorts and Spas of India’.
Varun has also written an insightful chapter in a book titled ‘New Princesses of Alwar’, a bookprofiling women scavengers from the desert state of Rajasthan.
Varun lives in New Delhi with his wife Dr. Vandna and son, Rushil.
For more information log on towww.varunsoniwrites.com

Be the first to review “The Downturn”