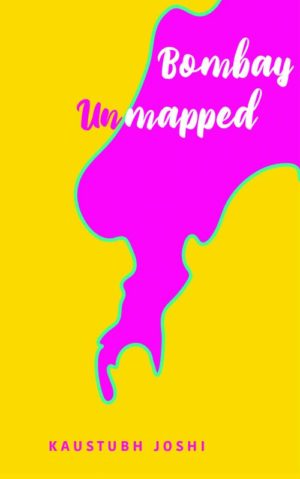 The book moves like a rapid journey – much like the pace of our city lives. Before we reach a restaurant – the lunch is over! But having fast paced the day, one can reminisce and play back all that was packed in. Without the book one wouldn’t get to the hotspots or just be plain lost in Mumbai!
Aman Nath – Historian, writer, hotelier

As an Architecture writer and critic, I have always been fascinated by the different layers that make a city. While my research and books have revolved around cities like London and Chicago, my fascination with Bombay as a tourist has always been immersive. Kaustubh has helped me explore Bombay with so many lenses beyond architecture. I enjoyed reading his book as much as I have enjoyed listening to his stories about the city.
Cheryl Kent – Architecture writer and critic

Bombay Unmapped is a handy compendium navigating your interest without becoming a historical anthology. The author, Kaustubh Joshi is certainly familiar with the city and the mind and interest of a tourist – be it historical, sociological, gastronomical or spiritual. without becoming laborious. While the litany of places in the city reads like an atlas, it would serve as a city-at-a-glance guide and introduce the strangers to the nooks and crannies of the metropolis.
Dolly Thakore – Theatre veteran

As a journalist focused on real estate, I have always wondered what defines the true character of a city. Each time I write about a high-rise tower that changes the landscape of the city, I wonder what is it that it has taken away from the original character of this city in its covetousness to redefine its magnitude and landscape. Kaustubh’s book gives me hope and makes me feel less tense as the city constantly goes through recharacterization which is a part of this city’s ever-changing character.
Kailash Babar – Journalist

I have lived in Bombay for many years and the city still surprises me with its hidden gems. One is always discovering the many facets and layers that make the city what it is. Kaustubh’s book is not just pleasant to read but also a good companion for the likes of me who never cease to explore the city.
Rajshree Ojha – Film director

About the Author
Kaustubh Joshi spent his childhood in small towns and cities, none of which was big enough to be even remotely described as a metropolis. Being the child of an army officer, his upbringing was mostly in the sheltered (which can also be called as cocooned) army cantonments. He had always been fascinated
with the idea of living in a big city some day and had fallen in love with Bombay not just due to its sheer pace, glitz and glamour but also for its openness and warmth which he was sure to experience some day.

Having completed his graduation from DAV, Amritsar, and Masters from the University of Pune, Kaustubh finally came to Bombay in the year 2001 to work with VOLTAS—a TATA Enterprise and fell head over heels in love with the charm and magnificence of this city.

Kaustubh has travelled to more than 40 countries and his first trip abroad was to Sri Lanka in 2002. He shuttled frequently between Dubai and Bombay from 2004 to 2007 and has explored art, theatre, culture, fashion and food at many big cities of the world. He learnt that his explorations of Bombay, regardless of what his residential address happens to be, are a never-ending spree.

He still wonders whether Bombay lives in him as much as he lives in Bombay, and believes it does, not just in him but in everyone who lives here and makes this city so beautiful, charming, challenging, welcoming and what he calls ‘Bombayish’.

Kaustubh wears many hats, one of which is that of a writer. He has published many short stories, articles and poems in the past. ‘Bombay Unmapped’ is his debut book.