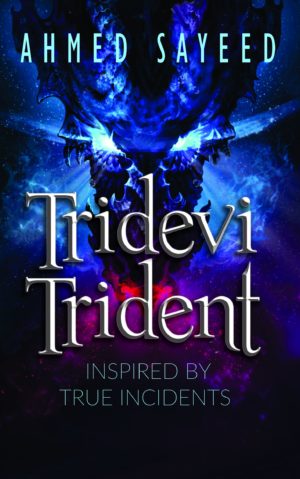 The book is mythological fiction. The story in this book confronts common wisdom as depicted in mythology. Science fiction and comic book which are chock-a-block full of stories of heroes and their battle between good and evil. Normally the two main characters the hero and the villain who are on opposite ends of a spectrum of ethics and morality. But my attempt in penning this story is different and absolutely new. In this story evil fights with evil and villain with villain. What is the end of two negatives fighting each other? Will two negative become positive finally? This mythological fiction has been woven using real life events that are occurring around us. I have presented what is really happening in the modern global social sphere, since the present generation desires to experience facts and faith.

About the Author
Ahmed Sayeed is a retired Officer of the Accountant General’s Office, Hyderabad. He did his Ph.D. and LL.B. after his retirement at the age of 70.
He has always been skeptical of the narrow outlook of belief systems in this age of electronics and has always had the inclination to warn his fellow human beings of the dangers of the same. More than the presence of a Super Being, he has held a strong belief in the power of Nature—the mother goddess. He believes that life is an accident and an act of evolution in this vast universe. He hopes that his fellow human beings would quit fighting like monsters amongst themselves in order to uphold their singular beliefs and instead move towards inclusiveness and harmony.

Be the first to review “Tridevi Trident”