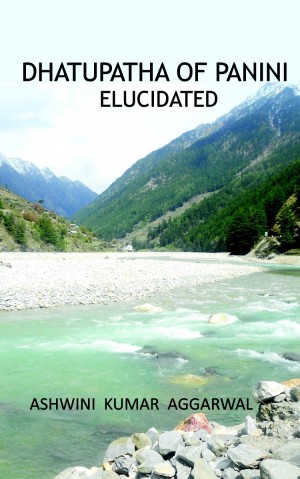 Book for Learning/Teaching Sanskrit to Students

With increasing curiosity and need to preserve Indian’s ancient language which is known to be one of the rare, precise languages. Even the present Government of India is encouraging the revival of Sanskrit. Many holy texts of the Hindus have been written in Sanskrit and the teachers of yesteryears also taught in this language. Today eminent Indian institutions such as the IIT’ s are offering an opportunity for students to learn Sanskrit and a Book for Learning Sanskrit is needed.

In such a scenario where India is refocussing its attention on Sanskrit, an authentic, well-researched elucidation of Panini’s Dhatupatha is a must. It details the roots of Sanskrit. It contains Dhatupatha in Devnagri. It gives Dhatu Svara, iii/1 Verb Rupa and English meaning for each Dhatu. Panini was a linguist, grammarian, programmer, sage and visionary. His work is Astadhayayi, describing the vyakaran of the Sanskrit language, which remains till date the most complete and practical study in this regard.

Ashwini is with the Sri Ravi Shankar Ashram based in Punjab. He loves to Practise Yoga and performs Homa. Besides Dhatupatha of Panini Elucidated, he has written numerous books:

These are available on online stores. A  chapter can be read for free on Zorba Books, book store.