A Life to Die For - ZorbaBooks 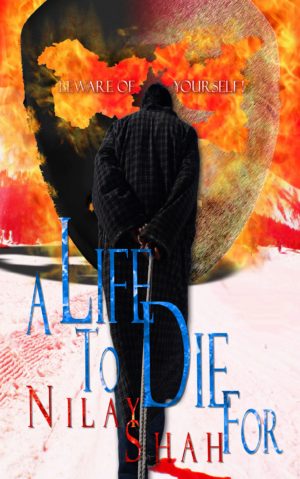 A Life to Die For

‘She doesn’t know who she is.’ The diverse voices emanating from all the corners of Kashwarg are blending into a consensus to create a tune never opined before, ‘Nor does she realise yet what her Baba has caused her to be a victim of.’ ‘But, she will.’ ‘One day, she will adopt this world now a stranger to her as hers.’ ‘The whole of Kashwarg will be the light on her path to her freedom.’ ‘Kashwarg will be ready to be at disagreement with anything there can be, if that is what is demanded of it in this quest to bring her justice.’

‘But, what if time comes, when truth unveils itself and there remains nothing to fear but one’s own self? ‘Will Kashwarg be able to protect its stand at such dawn of darkness?’

Will you be able to protect your opinions from your own self?

Nilay Shah, born in 1994, he is an author of અસંમત / Asammat, a Gujarati novel published in July, 2016. For Nilay, the exact point when the passion to write took over is difficult to tell. Ever since early childhood he has loved creating tales out of anything that came his way.
Having written his first story at the age of 6, Nilay went on to write short stories, direct short films and plays before penning down his debut novel Asammat in 2014, at the tender age of 19 while simultaneously pursuing Chartered Accountancy and graduation. Once he was done with his studies in 2015, he made attempts to publish his book, and then penned down the English version of the same tale- A Life to Die For.
At present, he is laying down the structure for his second novel, to be originally written in English and Gujarati. Nilay is determined to create things that can stand apart from the rest, that can create a place of their own in the hearts [as well as minds] of recipients.

Be the first to review “A Life to Die For”