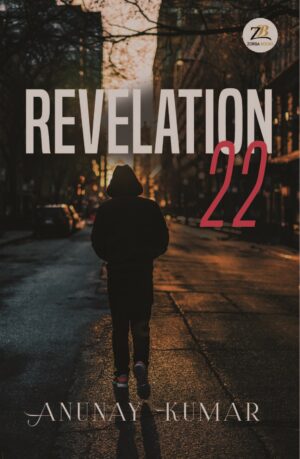 A Thriller book to read

The Agency’s top undercover agent is sent to London on a secret mission, but the mission is quickly compromised when Rudra is attacked in the middle of the city. He manages to flee his pursuers but is attacked again in India. It seems as if the mission has been aborted. But something big is happening. Mumbai will soon be under attack.
A brilliant and promising scientist accidentally discovers a deadly poison, and the information falls in the wrong hands. The promise of fame and riches is too tempting and he is led astray. At first, he is convinced that he ought to serve his faith, but really, all he wants is a comfortable life with his family.
The local politician seems to be involved as well. His quick rise to power and immense popularity with the local people makes it near impossible to discover his role in the entire operation.
What is the connection between these three men? Will Rudra be able to save Mumbai or will the terrorists succeed in their devious plan? Rudra must race against time if he is to figure out the operation’s details. A thriller book to read,

The author was born into a prominent doctor’s family. He led a charmed life with education in Engineering and Management, worked in India and abroad, travelled widely during a long career culminating in several Board level placements. He is happily married and has a daughter and son who along with their spouses and children are a part of the distinguished Indian diaspora.

He has also authored a political satire: Single window

Be the first to review “Revelation 22”