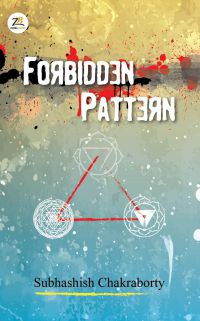 Indian mythology woven into a novel on a serial murders.

A serial killer who leaves no forensic evidence. The murder victims have a horrific symbol etched into their chest.

Is the murderer trying to narrate a tale? From the misty mountains of Rishikesh to bustling Kolkata, from Delhi’s page 3 circuit to an ashram in Bengaluru…the murders happen across India.

Some of India’s best cops are on the trail of the serial murderer. They rope in Rishika Sharma, an expert on mythology and history, to help them solve this puzzling case.

But as they dig deeper, the mystery gets more and more muddled. They delve into Indian mythology. Could the murderer be an alien?

The plot thickens… the cops and Rishika are tested severely as they dash across the country in a bid to stop a cruel, ruthless and cunning killer.

Subhashish is a dreamer, who loves to contemplate the creation of the universe – why was it was created or who created it and what its destiny is. He deals with a lot of pieces of information left as a rich legacy by ancient man in the form of ancient texts of Vedas, Upanishads and Puranas and how marvelously they parallel with the findings of modern day science. He loves to unveil nature – how she works and the lavish creator who designed her and he finds immense pleasure in penning the relation between the two.
He presently work for as a project manager in an IT giant. Apart from humdrum corporate commitments and stringent timelines, he finds immense pleasure in finding some time for creative writing and reading.
He presently stay with his family in Kolkata, West Bengal.

Be the first to review “Forbidden Pattern”